Project funded by a Duncan Norman Research Scholarship awarded by the Duncan Norman Charitable Trust and the University of Liverpool.

Music plays an important and meaningful role in our lives. This is true in our earlier years as it is in our later years. For someone living with dementia it remains equally true.

Dementia is a syndrome associated with progressive cognitive decline, most commonly caused by a disease such as Alzheimer's. While symptoms typically consist of impaired memory and social functioning, it can exhibit a wide range of psychological, social and emotional manifestations which can severely impact a person’s quality of life. In the UK, 52% of the public know someone who has been diagnosed with a form of dementia while approximately one third of us will care for someone with dementia at some point during our lifetimes. Many of us may have seen, therefore, the positive effects that music can bring to someone living with dementia.

Actively engaging in musical activities, such as singing in choirs or participating in other music-based interventions, has been shown to manage and alleviate symptoms as well as provide for a variety of emotional and social needs. This research concerns the use of composition in music-based interventions. Essentially, this approach that encourages participants to compose, create and perform music in groups.

A Toolkit for collaborative composition

This research will outline delivery strategies for using composition with people with dementia and their caregivers. These will be developed into a toolkit designed to be used by music practitioners and other professionals in the field with the aim that it may serve as a valuable and practical resource. This has the potential to encourage wider use of the approach, whether integrated within more conventional music-based practice or to instigate an increase in composition-led interventions in the long term. It will also be used in engagement activities and training through reaching out to music and healthcare charities, educational institutions and the NHS. The toolkit, as well as the approach more generally, will be tested and evaluated in a care home for dementia as part of two case studies. These projects represent a new kind of case study for evaluation in an area which is currently relatively under researched and which could have ramifications affecting the body of research into music and dementia more broadly.  Ultimately, we hope that this research can optimise the use of music-based interventions in dementia-care, assist people in gaining greater access to its benefits and help relieve some of the challenges that people living with dementia, their families and caregivers can face on day to day basis. 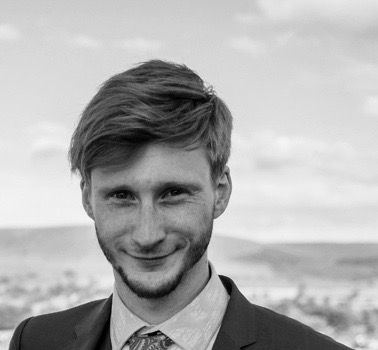 Built with Mobirise - Try it